It is not about physicality
nor is it about intellect

It is a battle
not for the simple

It is a war
against kingdoms and rulers

It is a war
against ‘special combos’ armed forces

It is a battle
that must be won violently

This is a battle
that is not bloody

This is a battle
which the Lord captains

In this battlefield
we are the warriors. 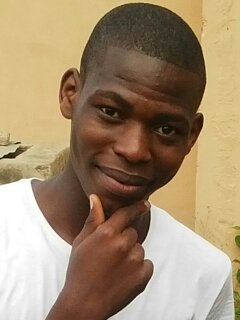 Adedayo Ademokoya is a freelance writer and a poet who believes in infusing passion into words and loves to make the world a better place. He is a lover of football that supports Manchester United. He his also called FantasticDee. His works have appeared on BraveartsAfrica, Thought Catalog, African Writer, PenAStory etc.

A MESSAGE OF LOVE… from Giti Tyagi | Poetry | PAROUSIA Magazine

A MESSAGE OF LOVE… from Giti Tyagi | Poetry | PAROUSIA...

Parousia Magazine is an online Christian arts and literary magazine that brings together both established and emerging writers, poets, artists, readers and lovers of arts and literature from all over the world. Our Mission is to publish good news, give voice to writers and support the Christian walk of faith.
Contact us: info@parousiareads.com

A MESSAGE OF LOVE… from Giti Tyagi | Poetry | PAROUSIA...

parousiamagazine - October 8, 2017 0
Neither by the blood of goats and calves, but by his own blood had he entered in once into the holy place, having obtained...

parousiamagazine - October 8, 2017 0
living testament i bathed forgiveness in blood streaming from the lamb's side at crossroad of heaven and hell i learn to pray on repentant knees at the foot of...

parousiamagazine - September 4, 2020 0
Acacia, tell us a bit about yourself.  I am a seventeen-year-old girl with a passion for Jesus and...

Poems of Hope and Inspiration by John Zurn | Parousia Christian...

parousiamagazine - August 8, 2018 0
A FEW MOMENTS Silence unwinds into peaceful loving afternoon. The cat sits in his cat-tree grooming himself While the dog stares out the overcast window. Both sing a...
%d bloggers like this: